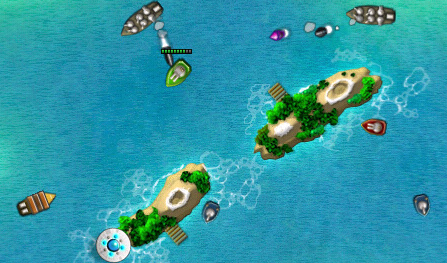 iPhone may be a smart-phone, but it’s a lot of other things too. It’s a GPS, a gaming device, a mini-ebook reader, and much more. It’s so powerful that it has already put pressure on the leading companies in multiple industries. Take the mobile gaming industry for example. Sony and Nintendo have been the top players in this industry for years. Sony PSP was the king of this market for years until Sony dropped the ball and let others gain ground on Sony PSP. But with the emergence of the iPhone platform, it seems all these mobile gaming devices are in trouble. It’s true that iPhone is not yet a powerhouse in the mobile gaming business. It is, however, gaining momentum and is a real threat to one trick pony devices such as Sony PSP and Nintendo DS in the mobile gaming business.

A few experts claim that comparing iPhone with Sony PSP or the DS is like comparing apples and oranges.You could maybe say that a couple of years ago. But not today. There are plenty of sophisticated games available on iPhone that are more than capable of holding their own against titles made for other devices. Besides, iPhone games are much cheaper and easier to get one’s hands on, effectively giving shoppers yet another reason to consider purchasing an iPhone over Sony PSP.

So why is iPhone so successful in the mobile gaming market? Here are a few reasons:

There are plenty of other reasons that the iPhone is becoming a powerful player in the mobile gaming market. At the end of the day, the iPhone is not a one trick pony device, and that could be its biggest advantage of them all. It also helps that Apple likes to be a market leader instead of a follower.