Unless you have not been paying too much attention to iPhone news, you know Verizon iPhone is coming very soon. In a matter of couple of weeks, iPhone fans will get a chance to try their luck on Verizon Wireless network. Many folks assume that Verizon’s wireless network is flawless and without its issues. That can’t be further from the truth. While Verizon has taken steps to make sure it can provide the best quality of service to iPhone fans, there is no guarantee its service will be without its issues.

Fans have been waiting for so long to get their hands on Verizon iPhone that they seem to forget about some of the issues existing Verizon customers are experiencing on a consistent basis. The fact that Verizon’s network has been down in some locations yesterday should give fans something to think about. Verizon seems to be already changing its wireless plans, bringing back its $30 unlimited back. Is Verizon trying to force customers into contracts they probably won’t need? That’s one way to look at it. It’ll be interesting to see how Verizon handles all the load iPhone owners will put on its network. 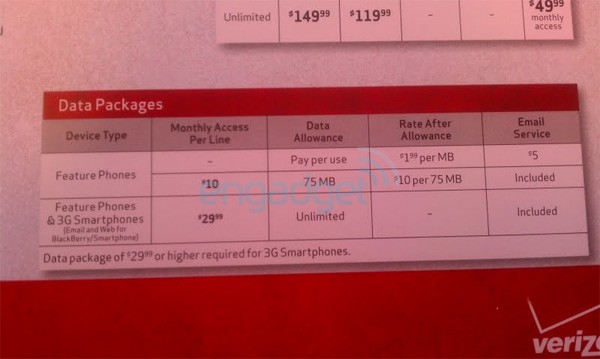 People have been dreaming about Verizon iPhone for years. But Verizon is not the only wireless carrier that has been interested in iPhone. Apparently, Sprint wants its piece of pie. How else can you explain Sprint toning down its anti-iPhone talk?

According to multiple sources, iPhone 5, which is slated to be released later this year, is expected to be completely redesigned. When Apple does release 4G iPhones, there is a good chance T-Mobile and Sprint will be a part of the discussions. But a Sprint iPhone does not seem likely for 2011.