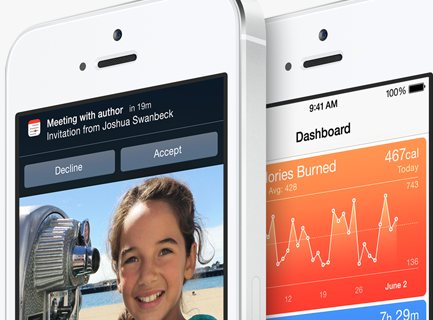 Apple has already excited many of us with new iOS 8 features that it announced at WWDC. But we are still waiting to hear the company’s plan for its new products. Multiple sources have reported that the iWatch will launch for $200 in September or October. Apple is not going to neglect its iPhone product line though. According to Venture Beat, the iPhone 6 will launch this fall with a whole host of new capabilities, including, NFC, wireless charging, a bigger display, and a better 4G antenna.

The iPhone 6 should be nearing completion at this point. Many of the features mentioned above are nothing new to Android devices. It’s still nice that Apple is finally going to offer them, but that depends on whether these rumors are true.

Speaking of new products, iOS 8 simply sounds like a stunning upgrade over iOS 7. Apple covered many of its features at WWDC. But we are learning more about the release every day now. The above video by YouTube user iTwe4kz shows iOS 8’s time-lase mode in action. iOS 8 allows you to record over a longer period of time and gain more control over your camera through third-party apps. As Pocket Lint reports, we are not sure whether all iOS devices will get this feature.