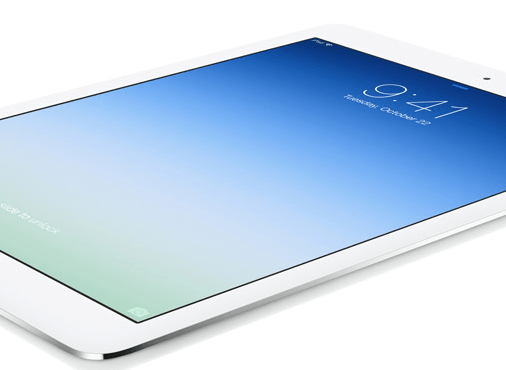 The iPad Air has started shipping before the iPad Mini. The device is a major upgrade over the previous model. That explains the reason it has met so much interest from tablet shoppers. According to AT&T, iPad activations have tripled from last year:

iPad activations on AT&T increased more than 200% over the past three days compared to last year’s launch weekend, driven by consumer excitement around the new iPad Air and the popularity of AT&T Mobile Share, which lets customers add an iPad to their existing data plan for just $10 a month. We also saw strong demand for AT&T Next, which offers customers an iPad for $0 down on the nation’s fastest and most reliable 4G LTE network.

This is just AT&T. Apple has sold millions of these tablets already with more on the way. AT&T offers financing and on-demand data plans to its customers at this time. With the iPad Air being so popular, we only have to wonder how well the iPad Mini 2 will do.

Speaking of the iPad Air, the device looks great and has a beautiful display. But according to DisplayMate, it is Kindle Fire HDX 8.9″ that has the best display:

Most impressive of all is the Kindle Fire HDX 8.9, which has leapfrogged into the best performing Tablet display that we have ever tested, significantly out-performing the iPad Air in Brightness, Screen Reflectance, and high ambient light contrast, plus a first place finish in the very challenging category of Absolute Color Accuracy.

Both Kindle Fire HDX 8.9″ and iPad Air are quality tablets with accurate displays. While Amazon Kindle got great scores in energy efficiency and display features, it still does not have Google Play. Hardware is important but it is not everything.