iOS 7 is a big change from the previous versions of this operating system. When it was announced, many iOS users were not happy with the changes. Considering all the “unhappy” folks around, the fact that iOS 7 has reached 70% penetration rate is impressive. The data is provided by online ad network Chitika. iOS 7 adoption pace has been faster than iOS 6. We find it interesting that folks are still running iOS 5 or older but those devices only account for 3.6% of all iOS devices. 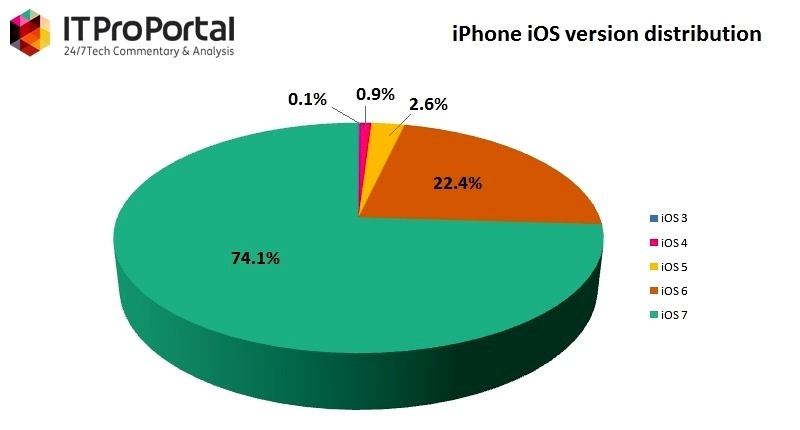 iOS 7 could have been even more popular if all its features were available on older devices. Let’s not forget that some folks are still using jailbroken iOS 6 devices.

iOS 7 is great but Apple has grand plans for its future devices. The company has already won a patent for facial recognition technology. We could see this technology used in future devices. That is after the government reviews the technology. The review will be overseen by NTIA. The goal is to develop an enforceable code of conduct to see how Consumer Privacy Bill of Rights applies to facial recognition. With all the new wearable gadgets that are going to be released in 2014 and beyond, the timing for this sounds about right.