Apple has big plans for 2013. New iPhones, iPods, iPads, and other devices are expected to be announced by the time this year is done. The company is expected to announce the latest version of iOS in the next few months. iOS 7 is going to be a very important release for Apple, considering the state of the smartphone business. According to Daring Fireball’s John Gruber, Apple has made significant UI changes to iOS 7.

Mr. Gruber is reporting that iOS 7 is actually running behind schedule, forcing Apple to pull engineers from OS X 10.9 to work on it. Apple is requiring engineers to use polarizing filters in order to keep people from noticing these changes. The iPad 5 could potentially be announced in April but nothing is set in stone at this point.

Speaking of the iPhone, there are many ways to consume 3D content on these tiny devices. In most cases, you are required to invest in some fancy add-ons to get started. The EyeFly 3D film happens to be a screen protector that enables you to watch 3D content on your smartphone. It has 500k micro lens-like structures and works with compatible iOS and Android apps to offer a 3D experience to its users. 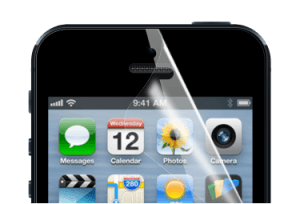 This screen protector is currently available for pre-order. It is compatible with the iPhone 5 and iPod Touch 5G. The iPad 4 and Samsung Galaxy S4 are expected to be supported soon.