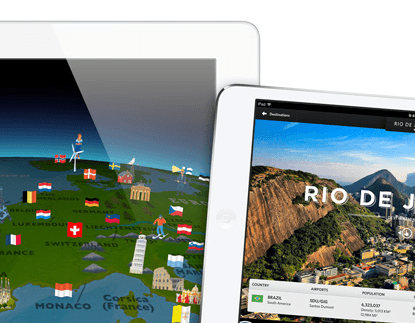 The iPad 5 is going to be announced today. The device is going to have a speedy processor and a more stylish design, borrowing a few design elements from the iPad mini. The iPad mini 2 is perhaps one of the most anticipated gadgets of this year. Many of us have been hoping for Apple to release a Retina version. Even though the company has had trouble manufacturing these tablets, most experts believe we will see the Retina iPad mini 2 today.

Apple announced it was working on a new Mac Pro a while ago. The device won’t be ready to ship right away but it should get a mention at Apple’s event today. The new OS X should get some coverage at today’s event. Last but not the least, we are hearing that Apple may be ready to unveil a Surface-like keyboard cover for the iPad. The iWatch is not coming this year, though.

The iPad 5 may be coming today but it is the iPad 2 that is dominating in market share. As Localytics has found out, the iPad 2 still remains Apple’s most widely used tablet. It has more active users than newer iPads. The study shows that the iPad 2 accounts for 38% of all active iOS tablets. Could it be due to the fact that the iPad 2 has been around longer than the discontinued iPad 3 or the faster iPad 4? Maybe the price tag is responsive for this? It will be interesting to see how things change when the iPad mini 2 and iPad 5 hit the market.