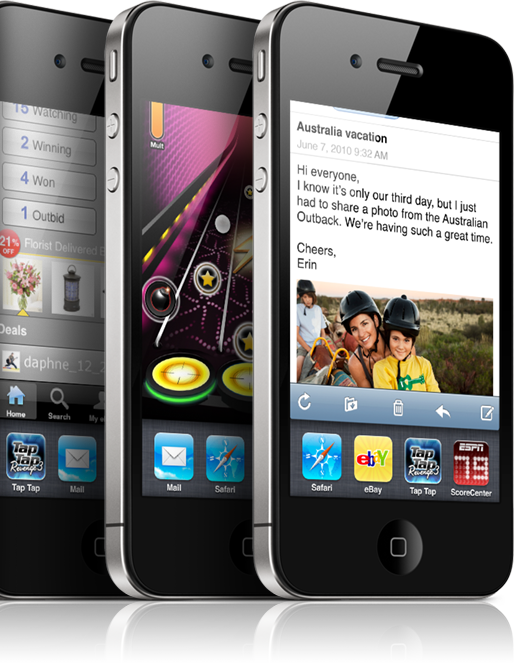 iPhone 4 may not be more than a couple of months old, but Apple has already started planning iPhone 5. With Verizon deal on the table, many analysts do expect to see a couple of new iPhones in the near future. The latest rumor, courtesy of Rodman & Renshaw’s Ashok Kumar, adds more fuel to the fire. According to Mr. Kumar, iPhone 5 will be the first Apple phone to support LTE.

We believe the company has selected Qualcomm as its modem supplier for the CDMA iPhone as well as for the iPhone 5… The iPhone 5 will likely use a two-chip modem, allowing the company to create 3G and 4G products.

Apple switching to Qualcomm may be challenging this time around, but the company will probably stick with these chips for a while. As is always the case with iPhone rumors, there is no way to verify these. We still don’t know when Apple will release these iPhones. But the next few months do look quite busy for the company.

Apple is expected to release a smaller version of iPad to improve its position in the tablet market. It will include front/back cameras. The 7 inch iPad is expected to be released by early 2011. We have heard rumors about 12+ inch iPads too. It is tough to make a judgment on those at this point.

Verizon iPhone may be coming, but the news is not all that bad for AT&T (depending on how you define “bad news”). According to a survey conducted by Credit Suisse, only 23% of AT&T subscribers are planning to switch to Verizon. We have seen studies that predict worse outcomes for AT&T. Considering that many shoppers have avoided iPhone 4 partly due to AT&T’s questionable quality of service, AT&T may need to rely heavily on Android to offset its losses after its iPhone exclusivity ends.

Is Verizon really that much better than AT&T (especially for iPhone community)? We will have to wait and see.