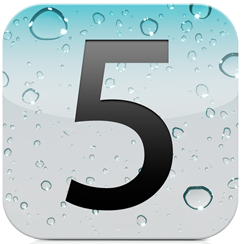 We are only a few short weeks away from Apple bringing iPhone 5 to a store near you. AT&T and Verizon have been waiting patiently to get the chance to promote this new phone. Early iPhone 5 rumors suggested that the device would make it to the market some time in September. While Apple seems to have moved that date back to October, it still expects to start accepting pre-orders for iPhone 5 on September 30th. Multiple sources have reported that the device will be available in stores starting October 7th. Unlike with iPad 2, Apple will accept pre-orders for the next generation iPhone.

As 9 to 5 Mac reports, there is still a chance that this date could be moved to Sept. 29th. Apple is rumored to be working on 2 iPhones: an upgrade over iPhone 4 and a cheap prepaid phone. The next generation iPhone is expected to be slim with a better screen and cameras. It will have a faster processor and more RAM memory as well.

iPhone 5 is expected to be offered in both white and black colors right from the start. Apple did have a difficult time finding a way to bring its white phones to the market for a while. Pictures leaked by MacPost suggest that won’t be the case this time around.

Interestingly enough, some LTE equipment has been spotted in a major Apple store just recently (part of which supports the 700MHz and AWS bands). Most expect iPhone 6 to provide full support for AT&T’s faster network. A recent report suggested that an LTE iPhone is already in carrier testing phase. That device will most likely debut in 2012.