In a matter of few weeks, we are going to see Apple’s new iPhones and iPads. We have heard a ton of iPhone 5C and iPhone 5S rumors already. Could we really get a gold edition of iPhone 5S? Macboutic.Fr has posted images that suggest it could be the case. Apple is never going to confirm the gold iPhone now, so we just have these pictures to go by. 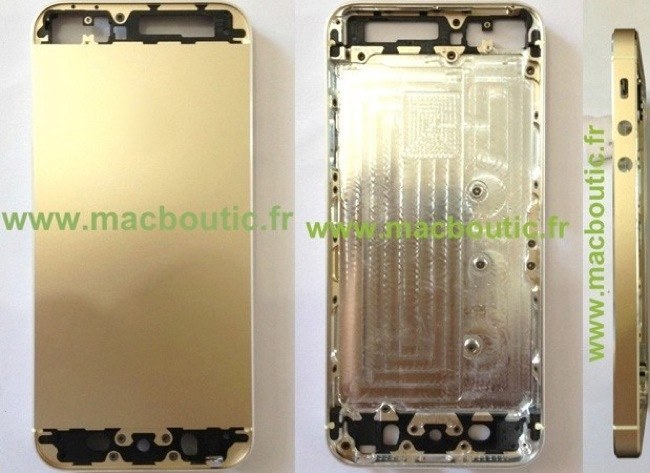 The idea of Apple releasing a gold edition of iPhone should not be that shocking. iPhone fans have been hoping for the company to offer its smartphones in more colors. Unfortunately, the folks at Macboutic seem to have erased all the logos, so we are not 100% sure these are real. 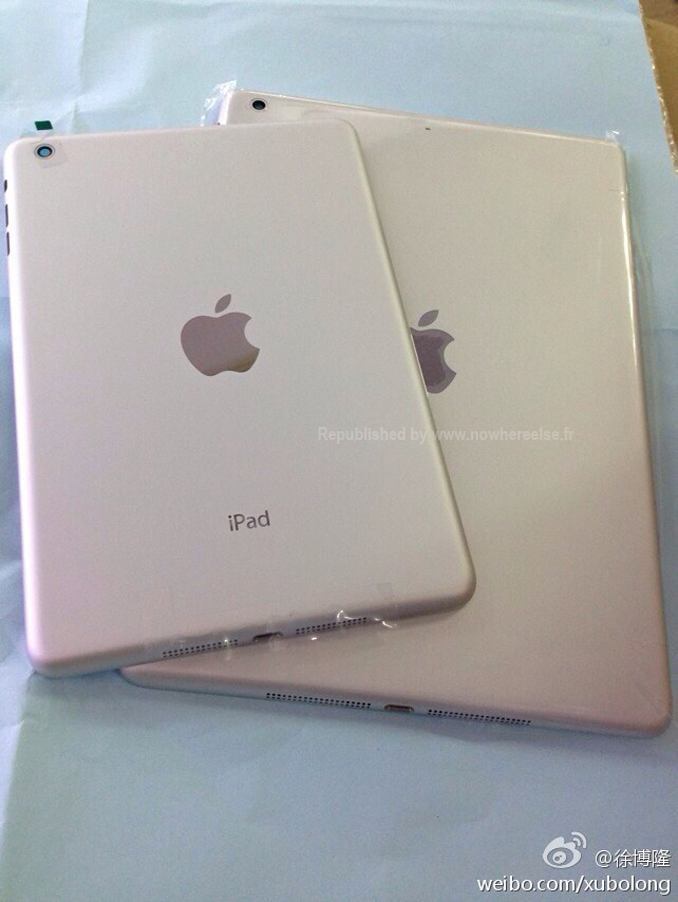 Speaking of new Apple products, a new iPad or two will be released later this year. The iPad 5 is expected to borrow a few design elements from the iPad Mini. French site Nowhereelse.fr [Google Translate] has posted a bunch of new photos that seem to show the back of the new iPad. A rear shell of an iPad mini is also included so you can compare the two. The iPad 5 is expected to have a faster processor, sleek design, and better hardware components in general. The iPad Mini 2 could have a Retina display (if Apple does not delay it)). These tablets are not expected to be announced on September 10 though.