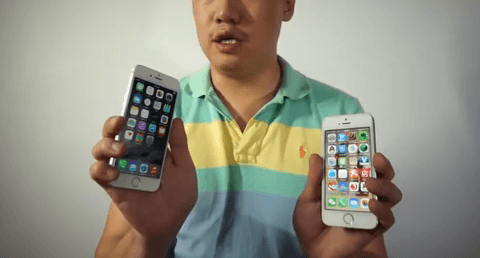 The wait for the new iPhone is finally over. Apple is going to announce the iPhone 6 at its event tomorrow. The device is expected to feature an A8 processor, faster hardware components, and more. It will most likely be available in multiple sizes. There have been many iPhone 6 leaks reported in the media in the past couple of weeks. The latest one is supposed to be a review of the device.

How legit this video is anybody’s guess. But don’t expect Apple to introduce a device that is drastically different from the leaks.

Speaking of Apple products, the company is also going to announce its wearable device tomorrow. Apparently, it will have its own app store and run third party applications, including Facebook. A select group of developers have been given access to the SDK for the device, so we will have fun apps to use as soon as the iWatch is released,  reports 9to5Mac‘s Mark Gurman. The move is certainly not surprising, but whether the iWatch OS will deliver unlike Android Wear, which has received some criticism lately, remains to be seen.