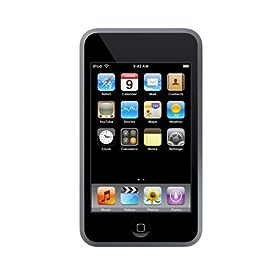 I have to say I was a bit disappointed when I heard about the full specifications of iPhone 3GS. Apple had made a few improvements and the device was better off for it. But I personally needed to see more features before upgrading to the latest model with no regrets. iPhone 3GS may have not given us all the changes that we were hoping for, but iPhone 4.0 might do just that.

Apple rumors are heating up again, and surprisingly we are not talking about iPad rumors. Apple tablet has been in the forefront of the topics that people rumor about. We already know that Apple is building a new device, so it’s not exactly a rumor anymore. But we are hearing stories that Apple may be ready to finally release the iPhone World. Apple is planning to use a new chip in the new iPhone models that will allow the phone to work anywhere in the world. The new phone will use a Qualcomm chip that can use both the 3G networks as the CDMA2000 network used by Verizon in the US and other networks across the world. That’s certainly good news as Apple can now work with a  variety of wireless providers in the countries around the world regardless of their system. That’s also good news for people who have been waiting for Verizon to pick up Apple iPhone. This move should facilitate the process.

Apple and Verizon have been going back and forth to strike a deal to bring one of the most popular smartphones to Verizon family. Of course, we have all heard about the Droid and the ads that Verizon used to attack the iPhone. But that hasn’t kept the companies from talking. Considering that Apple’s exclusive agreement with AT&T expires next year, it’s not surprising to see Apple finally listen to its customers and look for more reliable wireless carriers for iPhone. Apple will still continue to work with AT&T, so those who are satisfied with their AT&T service can continue their contract with the company. At the same time, Verizon iPhone will give Apple yet another chance to grow its market-share and reach out a whole new audience.

The introduction of iPhone World will be a good step forward for the company. It could help Apple take its phone to the next platform. But let’s hope Apple loosens up its control on what goes on iPhone so we can get more out of our investment (e.g. some of those exciting Google technologies).

Also check out:
*Our articles may contain aff links. As an Amazon Associate we earn from qualifying purchases. Please read our disclaimer on how we fund this site.

There is a difference between being at the top and being considered at the top by most people. You'd be...