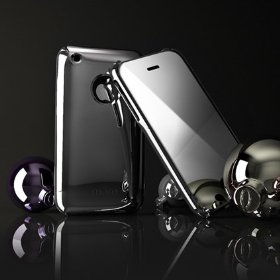 Apple iPhone may be one of the most popular smart-phones on the market. It may give its owners access to thousands of apps available in iTunes. But it’s certainly not a perfect device, nor is the company that has turned it into what it is today. Apple is known for being controlling and obsessed with its image. Who can blame it? After all, the company has made a fortune by leveraging its premium brand. When a company owns a premium brand, it does everything it can to protect it. Sometimes, it may even go overboard just to cover its behind. That seems to be the case with Apple these days. We knew from the past that Apple doesn’t hesitate to strike down dubious iPhone apps as well as those that were being promoted by its competitors (e.g. Google). But Apple now seems to have gone overboard by removing sexually explicit apps from iTunes.

Many sex apps have been removed from iTunes in the past few days, and while the company has allowed some back on, there are many developers who have been devastated by this move. It’s one thing to monitor apps for bad taste and hateful content. It’s another thing to shut down a major category of apps. Let’s face it. Sexual content are all over the place on the Internet. You don’t see your ISP filtering them out. Of course, Apple is trying to protect its brand and reduce its liabilities. It’s true that many kids own an iPhone today. If you are a parent, it’s your job to make sure your kids don’t access to sexy apps on your or their own phones. That doesn’t mean Apple should get rid of all these apps.

We have tried to stay away from the topic of sexy apps on this blog as it’s a family blog. But there is no question that there is a market for these apps and banning them is not only bad for business but for the developers as well. That’s why we don’t buy what Phil Schiller had to say about this fiasco:

It came to the point where we were getting customer complaints from women who found the content getting too degrading and objectionable, as well as parents who were upset with what their kids were able to see

You don’t have to be a fan of sexy apps to realize the role they play in pushing iPhone to new heights. Racy apps are not for everyone. But they do reach a market segment that the iPhone may not be able to reach without those apps. Besides, the fact that Apple applies double standard when removing racy apps leaves a lot of questions unanswered. Companies can’t keep everyone happy, and they can’t completely ban this type of content. Maybe the best solution is to offer a new marketplace for these types of apps. That way developers can get paid for their work, and those who are into these apps can take advantage of them.

It’s easy to see what Apple has in mind with its latest move to remove some of those sexy apps. But that would set a bad precedent. People tend to complain about everything, and if Apple removed every single app that people complained about, there’d be no app left. Apple has gone overboard with its approach this time but introducing a marketplace for explicit apps can change all that.

Your turn: how should Apple handle sexy and adult apps?