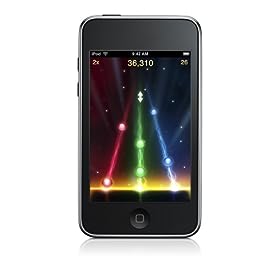 Everytime Apple has an event planned, we start hearing all these wild speculations ahead of time with experts predicting all kinds of devices and innovations that Apple would release at its event. Guess what? Apple has another event planned for this Wednesday, and we have already heard all kinds of stories about what the company will announce at the event. While the chances of Apple introducing the iPad to the media is remote, it seems most insiders are now pointing to Apple iPod Video as being the main announcement at tomorrow’s event. Silicone Valley Insider has a reasonable set of predictions for this week’s event:

The iPod Classic product line has been around for years now, but it’s certainly not something worth keeping around. Apple has been unwilling to offer the iPod Classic as a budget option to consumers, and the device looks and feels ancient these days. Besides, SVI has a valid point in claiming that Apple may be using this new push behind iPod Touch to take iTunes to the next level. The iPod Classic has lasted more than I expected it to. I firmly expected it to go away after the introduction of the first generation iPod Touch. But the clock has finally hit midnight for iPod Classic, so if you were planning to buy one you may want to consider getting an iPod Touch.

But perhaps the most exciting news is Apple finally adding a video camera to iPod Touch. The camcorder that Apple added to the iPhone has been a huge success, so it’s only fair for Apple to give iPod Touch owners a chance to enjoy taking pictures and capturing videos on the go. It would have been better if Apple had a plan to give iPod Touch V owners Internet access on the go, but nothing seems to be in the works at this point. Nevertheless, we will take the price drop at this point.