David Ferrer is one of the best players in the world. As someone who follows tennis all the time, I happen to be a big fan of him. His style is not always entertaining to watch but he never gives up and gets every ball back. Unfortunately, David dropped the ball when he tried to promote his Samsung Galaxy S4. 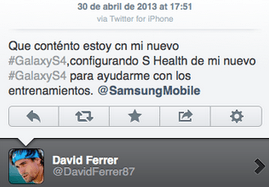 Mr. Ferrer was hoping to promote Samsung but did exactly the opposite when he sent his updates from an iPhone. As Gizmodo has reported, David Ferrer was bragging about his Samsung S4 and setting up S Health on his phone. It is always better to do those things on the device you are promoting. The tweet was deleted as soon as it was spotted. This whole episode does not look for Samsung though. 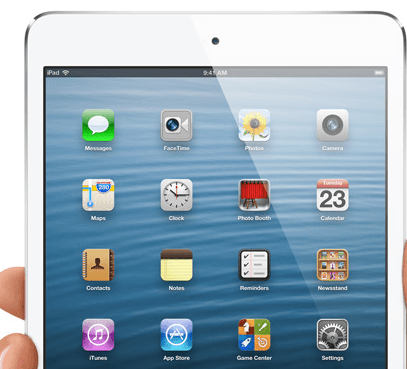 When Apple released the iPad mini, many experts were skeptical about its potential considering that it was priced higher than the Nexus 7 and Kindle Fire HD. The device has now become one of the most popular tablets around. Unnamed sources have told Digitimes that Apple shipped 12.5 million iPad mini units during the past quarter. That accounts for 64% of all iPads shipped.

There are now rumors going around that Apple may be preparing to introduce even cheaper iPad minis. That may be help Apple reach more homes but would cut into its profits too. We will have to wait a few months to see those as Apple is dealing with production delays.