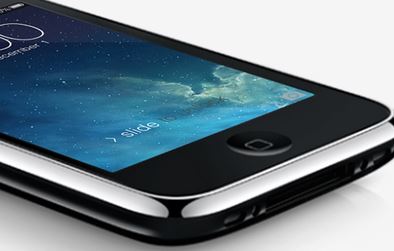 With iOS 7 jailbroken a while ago, it was only a matter of time before hackers released a few exciting new tweaks for newer Apple devices. The iPhone 5S happens to offer Touch ID to its users. Thanks to tweaks such as the Virtual Home, iOS users can protect their Home Button. This tweak allows users to activate the Home button by simply putting their finger on top of it. Touch ID can recognize the finger, so you really don’t have to click the button to get things done.

Why would you want a tweak like this? It’s really simple if you consider the fact that your device’s Home button could become less responsive after a couple of years. This is a free tweak. Hackers are not done yet. The whited00r team intends to bring new iOS features to old Apple devices. Whited00r 7 brings the look and feel of iOS 7 to older devices no longer supported by Apple. This custom firmware is available for iPhone 2G, iPhone 3G, iPod Touch 1G, and iPod Touch 2G.

Speaking of Apple products, it is no secret that the company is working to release iWatch later this year. But just like many other new devices, Apple and its partners are experiencing problems manufacturing this watch. Digitimes is reporting that “Apple’s iWatch and Qualcomm’s Toq are reportedly seeing less than 50% yield rates due to difficulties applying surface treatments on their metal injection molded (MIM) chassis.” This simply could slow down Apple and other players. We still expect the company to release its iWatch in a few months.