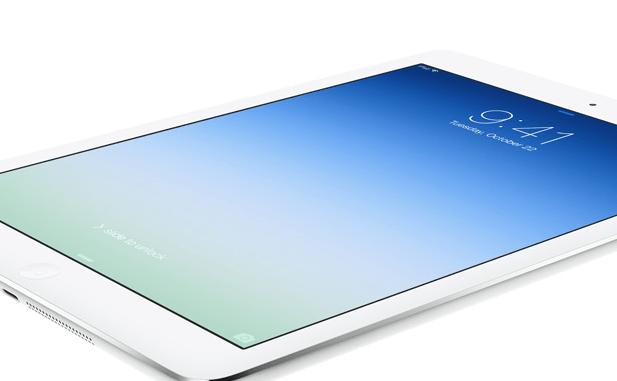 Apple has done it once again. The company announced two new gorgeous tablets yesterday. As expected, the iPad 5 (iPad Air) has a shiny and thin design. It is fast and looks quite awesome. The iPad mini 2 now has a Retina display with the A7 processor inside. The name change was the most interesting part for us. Some people assume that the iPad mini is going to get renamed to just “iPad” next year. That is not what we felt yesterday.

Considering that we have already seen 4K tablets in action (Panasonic) just a while ago, it would not be crazy for Apple to introduce an iPad Pro in the near future. Whether it will have a 12 inch display is debatable. But the device will target the pros and business professionals who simply need more than just the iPad Air. The iPad Pro will probably have Surface-like accessories. Many experts believe the merger of iOS and OS X will be complete by 2015. That remains to be seen. But the name change was not coincidental at all.

Speaking of the iPad Air and iPad Mini 2, Apple is not allowing anyone to pre-order them just yet. In fact, it seems unlikely you will be able to pre-order them at all. Sprint is going to get the new iPad on November 1st. The iPad mini 2 will be shipping later.

iPad Air combines with Sprint’s powerful 4G LTE network and our aggressively priced rate plans to bring customers an outstanding tablet experience … Sprint currently provides 4G LTE in 185 markets and we expect to extend that to more than 200 million people by the end of the year. With tablet plans starting at just $5 per month, our customers will appreciate the exciting features available on this new device beginning on November 1.

explained Dan Hesse, Sprint CEO, in a press release. By the look of things, it seems some of us will have to wait longer to get these tablets.