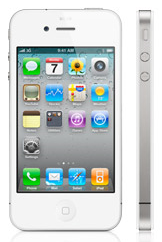 We are only a few weeks past the launch of iPhone 4 and people are already talking about the next iPhone. That’s what makes Apple devices fun. Before they are released, we are bombarded with hundreds of different rumors (most of which turn out not to be true). iPad 2 rumors started only a few weeks after the device started shipping. It’s almost no-brainer that Apple will offer smaller iPads to expand its reach and put the final nail in the coffin of many e-book readers and competing tablets. According to iLounge, a new flavor of iPad is already finished and can be shipped as early as the end of this year. While it’d be too early to pull off such a move in 2010, a smaller tablet could help Apple keep its iPad momentum going for even longer (especially if a camera is added to these units).

iLounge also claims that new iPods are already in the works (people are still buying those?). Apple has made a habit of introducing new tiny iPods each year. The company releasing a brand new iPhone by the end of this year is not too believable unless you count Verizon iPhone a completely different device. Considering that AT&T is putting its hopes in Blackberry Torch, it could be getting ready for life after the end of its exclusive iPhone deal.

Is Apple trying to manufacture cheaper bumper cases? That, too, is a believable rumor. It does not seem to have a real plan to address iPhone 4’s design flaw (other than giving people free cases). Since the current free case program ends in September, Apple needs to have some plan in place for those who buy their phones after that month. Why give people a more expensive bumper case when a super cheap one can do the job?

These rumors should be taken with a grain of salt. The majority of Apple-related rumors turn out to be false. As much as we want to believe that a retina iPad is in the works, it’s just too early for Apple to pull off such a move. Verizon iPhone being released in 2010 is more believable, considering that we started hearing rumors about it months ago. Apple products may not be perfect, but Apple does keep delivering shiny new toys each and every year.

Please share your wishlists for iPhone 4.5 (Verizon) and iPad 2.