Anyone who owns an iPhone 4S understands how important Siri has been for Apple. Siri is not perfect but it is a neat virtual assistant to have. It has helped Apple sell a ton of iPhones too. Siri is going to have a formidable rival very soon if Google has anything to say about it. Google Voice Search is set to debut in the Apple App Store, giving iOS users the chance to ask their device questions and get thorough answers.

The tool has been available to Android users for a while now. Google has submitted an updated Google Search app for iOS to Apple. It should be approved in the next few days unless Apple decides against it for some reason. The idea here is simple though: using this app,  you will be able to ask your phone questions (e.g. about movie times and locations) and get an answer from Google. The search engine knows a half-billion real-world objects and 3.5 billion connections, so it knows a lot of things. 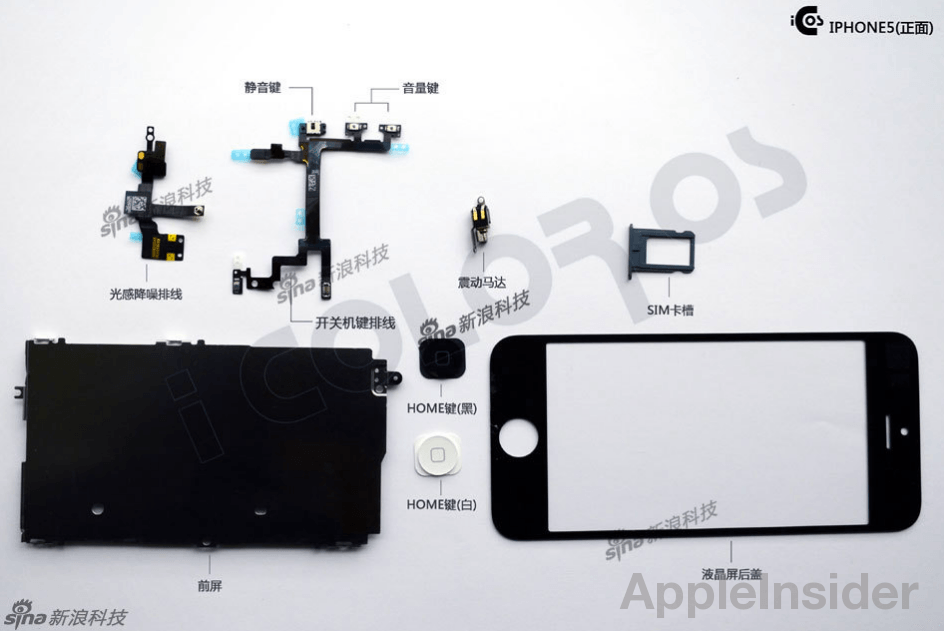 Speaking of cool products, even more alleged pictures of the iPhone 5 have been released to the public. The above one from AppleInsider shows sensors, buttons, and covers that are destined for the new iPhone. They are not displayed in an assembled fashion but they do suggest that the 4 inch screen will have a thin sheet of protective metal in the back. It is perhaps there to  serve as an EMI shield or keep the screen from hot components.

We have heard a ton of rumors about the new iPhone. But nothing is set in store. The device is expected to be announced on September 12th.