Is Apple working on a 7 inch tablet of its own? All signs point to that. We have been hearing about the so-called mini-iPad for a couple of years now. But with Google bringing its Nexus 7 tablet to the market just recently, Apple has more reasons to release a mini-tablet of its own. GottaBeMobile has gotten photos of an early engineering sample of the iPad mini that suggest what the device will look like. 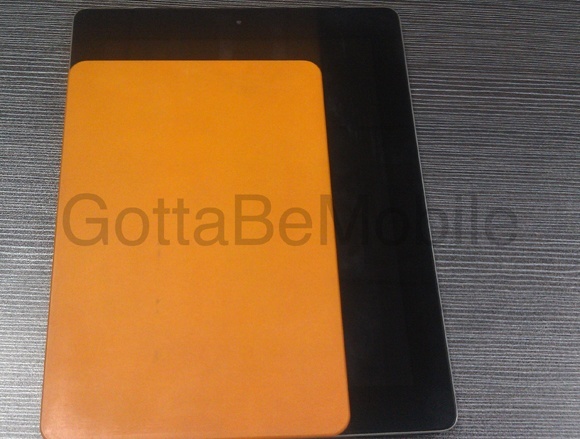 The photos suggest that the iPad mini will have a smaller 19-pin dock connector. That is something the iPhone 5 will have as well. The speakers appear to be located at the bottom. We can’t say a whole lot about what the iPad mini will have inside. But the photos show its size in comparison to the current iPad. Retina Display resolution for 7.85 inch iPads is possible. But we don’t expect Apple to offer mini-iPads with a retina-level display for $249.

iPhone shoppers used to not have many choices when it came to choosing a carrier for their smartphone. Things have changed a lot from a couple of years ago. But T-Mobile still does not offer Apple’s iPhone. Sanford C. Bernstein analyst Craig Moffett is now suggesting that Apple and Deutsche Telekom are likely to strike a deal for T-Mobile to offer the iPhone in the U.S. next year.

T-Mobile has not had the best of times recently. Carrying Apple’s iPhone would allow the company to keep many of its current customers. Considering the additional bandwidth available to T-Mobile, it is now more likely for Apple to finally bring its highly popular smartphone to this carrier. This is a win-win situation for both parties.