It is no secret that Apple is planning to release a budget iPhone later this year. We have seen a number of leaks showing what the device might offer already. Retail packaging for these cheaper iPhones seems to have been leaked online. The next premium iPhone will be called the iPhone 5S. So what does iPhone 5C stand for (hint, the C does not stand for cheap)? As the folks at PhoneArena have suggested (via Weiphone), Apple may be using this name for iPhones that ship in multiple colors. 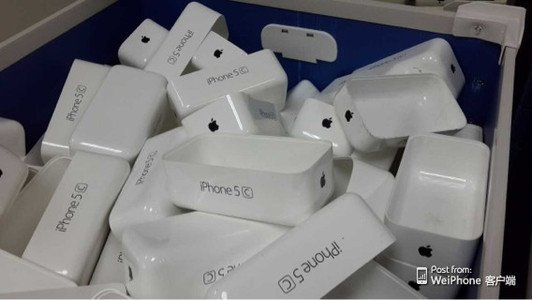 The latest rumor suggests the iPhone 5C and iPhone 5S will be released on September 18th. If that proves to be true, you will be able to get your phone on September 27th. The iPhone 5C will be perfect for those of you who’d love to see more plastic used to make your phone. Looking on the bright side, these are expected to cost a bit less.

The iPad mini 2 is going to be released in the next couple of months too. Considering that Google has already released a new Nexus 7 with better hardware and software, Apple will need to deliver big to keep people interested in iPad mini tablets. The Nexus 7 II has a 1920 x 1200 resolution and 2 GB of RAM (in comparison to iPad Mini’s 1024 x 768 pixels display and 512 MB of RAM). While the new Nexus 7 is a pretty decent gadget, it won’t run your iOS apps. So if you have bought a ton of them, you are probably going to be stuck with iPads for now.