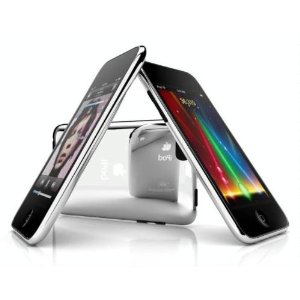 For years, Apple has been known as a computer company. A company that makes high-end computers for home and business. Consumers don’t go to Apple to save money. They expect Apple products to be of high quality and offer them an “Apple experience.” The days of Macs dominating Apple products are really over. When the iPhone was launched, many experts and Apple competitors went out of their way to write off the device. Fast forward just a few years, and Apple iPhone has become a powerhouse to deal with. So it’s no wonder that Apple’s COO has no trouble declaring Apple a mobile device company:

As we compared ourselves to every other company in the world, including Sony, Nokia, and Samsung … We found out that we were the largest in the world measured by revenue. So yes, you should look at Apple as a mobile device company.

Putting aside all the lawsuits that Apple will face over the iPad, the company has built quite an ecosystem with its products. If Apple’s strategy was a puzzle, you could almost see where each Apple products fits in the picture. The iPad is not a netbook, but it’s a tablet capable of helping consumers get things done on the go or at home. Add all the apps that Apple has added to the iTunes with the help of its developers, and it’s hard to see who’s going to stop the momentum.

We believe that we are uniquely positioned to do extremely well in a mobile device world because we can integrate together seamlessly software and hardware.

And that’s really the key. When you pick up an Apple product, you expect it to just work. There should be no excuses. That’s obviously not the case when you pick up a Windows machine or a smartphone supported by Apple competitors. Google may be putting pressure on Apple with Android and its aggressive mobile strategy. But it still has a long way to go to offer consumers anything close to an “Apple experience.”

Apple is not perfect as a company. We have all hoped in the past for the company to be less controlling and more open to other companies ideas and products. But there is no question that the future is bright for the company. The iPhone is already beating Windows Mobile in the mobile industry. The iPad has generated a lot of buzz and is in high demand, even though we still haven’t figured out when Apple is going to release the device. With all the momentum that Apple has behind it, there is no reason to expect the company to grow for the foreseeable future. However, things can change quickly in this business. I am sure Apple is aware of it to, which is why it’s putting its foot on the gas pedal.