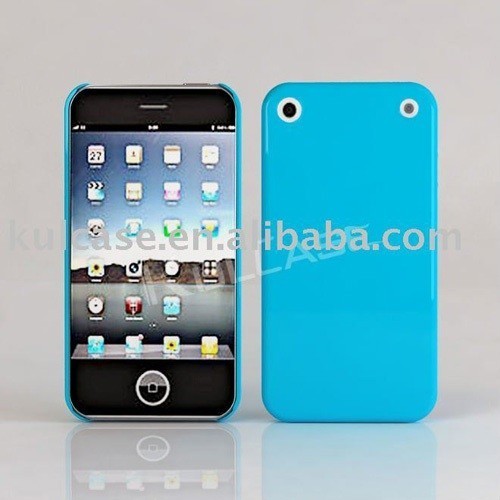 Many Apple fans have been dying to know what iPhone 5 will look like. There is no doubt that Apple did not deliver big time with iPad 2. iPad 2 is superior to its predecessor but people expected a whole lot more from Apple. Rumors about iPhone 5 have been conflicting to say the least. Some of these rumors point to major changes while others give us the sense that Apple probably won’t have something revolutionary for us in a few months.

An iPhone 4s case has allegedly shown up on Asian trading site Alibaba. The case suggests a larger screen (edge to edge design) for iPhone It seems flash has been moved as well. Chinese companies have managed to steal Apple’s blueprints in the past. So this case could be a legitimate leak.

Apple is a victim of its own success. While Android has come a long way in the past few months, the platform does not have that one phone that could push Apple to go out of its way to stay competitive. Steve Jobs and co. seem to be in cruise control at this point. The new iPhone is expected to have a more powerful processor (A5). But as Aaron Vronko, CEO of Rapid Repair explains iPhone 5 needs more new features to excite people:

This may be the first time that an upgrade isn’t compelling… Before this, there have been pretty good reasons to get a new iPhone. But people who already own the iPhone 4 may not see a whole lot of reasons to run out and get an iPhone 5.

According to our industry checks, the device should be called iPhone 4S and include minor cosmetic changes, better cameras, A5 dual-core processor, and HSPA+ support

The good news is Apple may actually bring iPhone to Sprint and T-Mobile this time around, giving itself the chance to reach more homes. Regardless of what Apple delivers with the next generation iPhone, a ton of people will buy the device. That is how powerful Apple’s marketing machine has become.