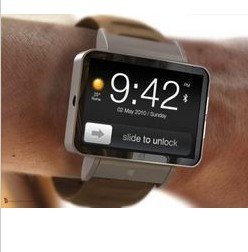 The iWatch is one of the most anticipated gadgets of 2014. With LG, Motorola, ASUS, and others being involved in this space, many of us expected Apple to have the iWatch ready by October or November. While nothing is set in stone, some are now suggesting that Apple may not be able to release the watch on time this year. Ming-Chi Kuo, a KGI Securities analyst, is now suggesting that Apple has issues with the manufacturing process and might have to push the iWatch release back to next year.

Apple is not going to confirm or deny these rumors, but we are going to see a few smartwatches by its rivals in the next few months. How fast Apple can get over its alleged manufacturing problems remains to be seen.

Speaking of mobile devices, PayPal has released a new product called One Touch for app developers. It allows merchants to accept mobile payments in their native apps. Consumers will also have an easy way to shop and pay on their mobile device. This is a platform agnostic solution. The open ecosystem offers a variety of payment options, including all major credit cards. One Touch is being launched into beta for now.