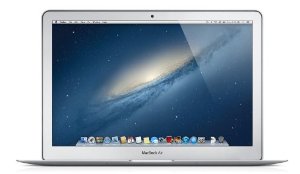 The folks at Apple have promised exciting product launches this year. We have already heard a lot of rumors about the upcoming iPhone 5S, iWatch, iPad Mini 2, and iPad 5. The latest rumor is suggesting that Apple may add Retina display technology to MacBook Air devices. Economic Daily’s report suggests that Quanta will begin getting shipments of Retina displays and Haswell processors for MacBook Air laptops by the second quarter of 2013.

We already know how much it costs to get a MacBook Pro with Retina display. It is safe to assume that the upcoming MacBook Airs will cost a couple of hundred dollars more than non-Retina models. It will be interesting to see how Apple pulls this off. Can Apple find a way to properly power MacBook Air’s Retina display without making major compromises? That remains to be seen.

Apple has released updates for iOS 6.1 to fix some of the issues the software has had. In the past, Apple has rendered jailbreak solutions useless with its iOS updates. Thanks to Evad3rs, the team behind Evasi0n, you won’t have to worry about upgrading to iOS 6.1.2. All devices that run iOS 6.0 through 6.1.2 are supported (Apple TV 3 is not). Just download Evasi0n 1.4 to get started.

It is not clear when Apple will come up with a solution for the Evasi0n jailbreak. For now, this jailbreak seems to be working without any major issues.