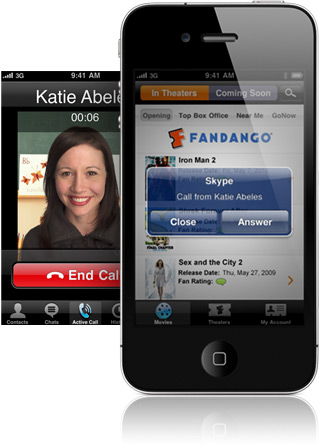 Yet another rumor about Verizon iPhone started breaking earlier yesterday. A lot of iPhone fans have been waiting for Apple to bring other carriers on board. Many are not satisfied with how AT&T has handled things. Besides, Apple is not going to keep up with Google and Android phones if it is tied to only one carrier. What makes this rumor different from all other Verizon iPhone rumors? Maybe the fact that some top news organizations have started reporting it (Business Insider and USA Today to name a couple).

Apple is going to dramatically increase the number of devices it sells in the U.S. when exclusivity at AT&T ends … It’s hard to ignore the quality issues that AT&T has faced.

says a UBS analyst. We do happen to agree with CNET that this is yet another one of those rumors that everyone should pay attention to with a grain of salt. We all have been here before. For months, Apple and Verizon fans have been telling us about the myth that is Verizon iPhone. Early 2011 seems too early for Verizon and Apple to get things right.

It’s not clear how AT&T is going to take this news if it turns out to be accurate. A Verizon iPhone may increase Apple’s reach, but it will also damage AT&T’s business. While the company has locked everyone out to contracts that are expensive to get out of, many subscribers will make the switch to Verizon just to be done with AT&T’s quality of service issues.

In the meantime, maybe Apple needs to focus more on fixing some of the issues that have surfaced with iPhone 4. Death grip is not the only issue that iPhone 4 owners have to deal with. Some customers have had issues with the iPhone’s touchscreen. The fact that Apple’s been looking for antenna engineers does not seem very encouraging for early adopters either.

We will have a Verizon iPhone in the future (maybe not as early as Q1 2011). Let’s hope Apple does its job right and avoids major design flaws in that one.