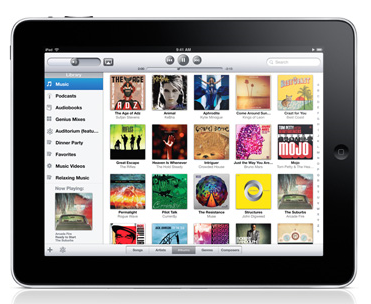 Motorola Xoom may be already out, generating some excitement among tablet computer fans. But it is iPad 2 that most people are excited about. iPad 2 is expected to include a better quality screen, a faster processor, a thinner design, and camera for FaceTime. There have been some rumors about iPad 2’s launch being delayed by some time. That was enough to send Apple’s share downwards quickly:

Shares of Apple fell 3 percent after a Taiwanese brokerage firm said the next version of the iPad tablet computer will be delayed as maker Hon Hai faces production bottlenecks due to the device’s new design.

Apple’s planned event for March 2nd suggests otherwise. It has been a while since Apple launched iPad 1. The time seems to be right for the next iteration of this highly popular device. Apple won’t be too discouraged if the reports of the delay are true. It is not as if Apple competitors are coming up with cheaper, far superior tablets to iPad.

The same delay rumors have been going around as far as iPhone 5 is concerned. With the news that Verizon iPhone sales have been disappointing, Apple needs to bring iPhone 5 to the market right on time. Craig Berger, an analyst at FBR Capital Markets, has suggested that iPhone 5 could indeed be delayed till September:

For the iPhone 5, we continue to hear that a July launch is unlikely, with various casing suppliers and touch suppliers still ramping up, with some chip vendors not having yet received firm iPhone 5 orders, and with other sockets like the image sensor.. still in flux.. Given these factors, we think a September launch is more likely, off from Apple’s traditional iPhone launch schedule, but giving the firm more time to enhance its next-generation instant communications on the phone.

Verizon iPhone sales have not been disastrous. At the same time, Apple did take a major risk by launching a few-months-old phone on Verizon. It is almost certain that iPad 2 and iPhone 5 sales won’t disappoint Verizon.