Regardless of how much Apple competitors have spent on ads for the Superbowl, iPad 2 remains the most anticipated gadget of 2011 (at least for the first half of this year). Many of us expect Apple to bring the new iPad to the market in April 2011. It is only logical that iPad 2 will shortly follow iOS 4.3. According to multiple sources, iPad 2’s announcement could come in late February.

Apple does have big plans for next generation iPads. A couple of recent patents (as reported by Patently Apple) suggest that Apple is looking to physically enhance the iPad. One of these patents suggests that Apple may be planning to add a kickstand to the next generation iPad. This kickstand will support iPad in portrait and landscape modes. Its release could potentially put even more pressure on stand makers for iPad.

Not everyone is a fan of using stylus on tablets. But for certain tasks, a tablet stylus is a life saver (e.g. painting digitally or signing e-documents). An Apple patent suggests that Apple could release a pen for its next generation iPad. This is supposed to be a new kind of stylus that can replicate human touch. It will be programmable and will have a built in accelerometer. It is not clear whether this stylus will be available for iPad 2. 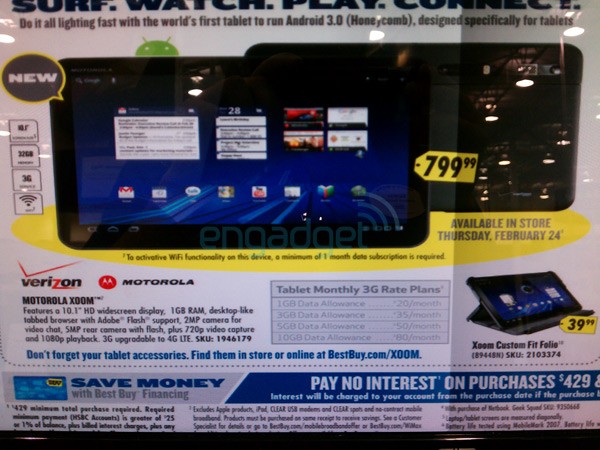 Many experts consider Motorola Xoom to be the first decent challenger to iPad. Unfortunately for iPad haters, Motorola Xoom will set them back $800. Motorola has gone out of its way to picture Apple iPad as a device of the past. It will be interesting to see how Xoom will fare against iPad 2.