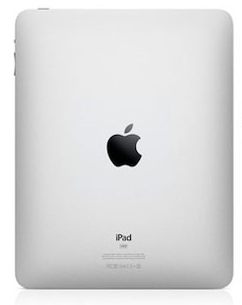 We now know that Apple intends to announce the next generation iPad on March 7th. The iPad 3 is expected to have a more powerful processor, better cameras, more RAM, and a much better display. Some are even suggesting that it will be more expensive than its predecessor (the cheapest model might go for $579). That does not seem to be the only iPad that will be released to the market this year. According to DigiTimes, makers in Apple’s iPad supply chain have started delivering 7.85 inch iPads as samples and will start with volume production in the third quarter of 2012.

It is not a secret that Apple is not too happy about Amazon taking some business away from it with the Kindle Fire. The Kindle Fire is not a super tablet by any means but its low price has made it very attractive to many shoppers. This planned 7.85 inch iPad could go on to challenge the Kindle Fire and Barnes & Noble’s NOOK tablets. DigiTimes suggests such a device could be priced as low as $249. This remains a rumor at this point though.

Speaking of rumors, a couple of sources are suggesting that a 8 GB iPad 2 could make its debut alongside the iPad 3 next week. Apple would use that as a low-end option for consumers. Apple has used the same strategy with its iPhone line in the past, so this move would not be a complete surprise. Will Apple sell these iPads for $299? That remains to be seen.

Your turn: how much should Apple sell iPad 2 units for after the launch of the iPad 3 next week?