In the next couple of weeks, we are going to hear a lot about the iPad 3. It is one of the most anticipated gadgets of this year. It will have a more powerful processor, better display, more RAM, and better cameras. Previous rumors point to the iPad 3 being announced on March 7th. That could explain why some retailers have already started discounting the iPad 2. BestBuy.com is already offering iPad 2 units for as low as $449.99 (a $50 discount). 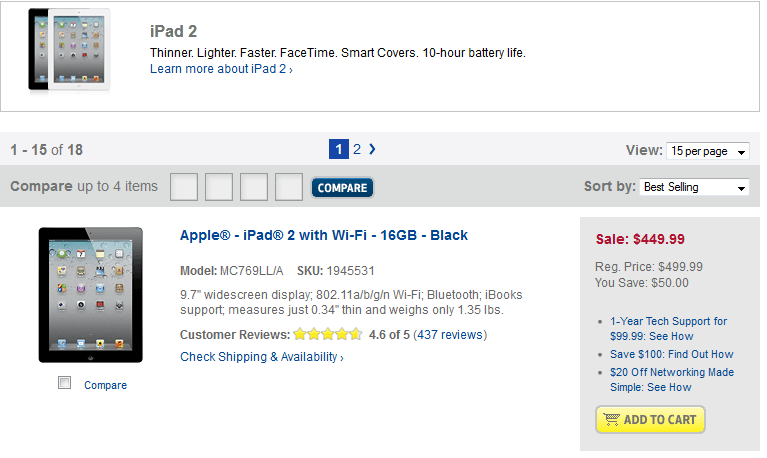 As multiple sources have reported, Best Buy is already updating its internal inventory management systems to reflect the end of the line for certain iPad models.  These cheap iPad 2 units are going to be a steal if Apple indeed increases its tablet PC prices by $70 to $80. It seems iPad 3 prices were leaked on Chinese microblogging site Sina Weibo.

The above pricing table suggests the next generation iPad could cost up to $80 more than its predecessor. That is quite interesting as so far we have only heard rumors about Apple dropping its prices to get even more aggressive in the tablet business. This does remain a rumor at this point. This new pricing scheme does look a bit unlikely. But Apple has surprised us in the past.

What’s your take? Are these iPad 3 prices a deal breaker for you?