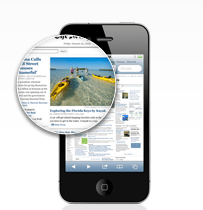 Apple iPhone 5 is one of the most anticipated phones for this year. It is partially due to all the rumors we have heard about the device. At first, we heard iPhone 5 would be a major upgrade over its predecessor. But after the disaster in Japan, many experts claimed the device would be delayed till 2012. In the past few weeks, all the talks have been about iPhone 4s.

Digitimes is behind some of the most exciting rumors about Apple products. These guys are not 100% right with their predictions but do hit the nail on the head once in a while. This time around, Digitimes is claiming that curved glass is coming to iPhone 5.

Apple reportedly has purchased 200-300 glass cutting machines to be used by glass makers, said the sources. The glass slicing machines are currently being stored at associated assembly plants and will be brought online once yield rates for the production of curved glass reaches a satisfactory level, the sources revealed.

This is a curious rumor. Many phone makers have realized that flat screens offer a better experience than curved ones in this market. Considering that Apple was rumored to be planning a 3D handset just a few weeks ago, one could make sense of this rumor.

At this point, we are not ready to buy this rumor. It is more likely that iPhone 5 will be a world phone with more a more powerful processor and an edge-to-edge screen. iPhone 4s is slated to be released later this year with iPhone 5 expected to debut in 2012.