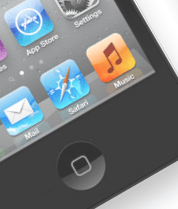 We have heard a few rumors about the so-called iPhone-nano in the past. There are many folks who would love to see Apple release an entry level iPhone to the market. But these rumors did not pan out in the past. China Times is now reporting that sources within Apple’s supply chain are claiming that a low-cost iPhone is in the works for this year. Supposedly, Apple is tired of just targeting the premium handset market and would like to go after entry-level Android smartphones.

We have heard similar types of rumors about the iPad. Some people would love to see Apple go after budget and entry-level smartphones and tablets. This move would not fit Apple’s DNA though. Apple is more likely to use the existing iPhones to go after cheaper Android devices. Of course, under the new leadership, anything is possible.

Speaking of iPhones, Apple needs to deliver big with the iPhone 5. According to KGI Securities Analyst Ming-Chi Kuo, the next iPhone could be the thinnest one to date. Apple plans to use in-cell touch panels to reduce the weight and overall thickness of the iPhone. The move would allow the company to shave 0.44 milometers off the thickness of its smartphones.

Another advantage of using in-cell touch is the shorter lead time for touch panel, its most valuable component, and adjusted activities at the supply end, allowing more precisely tailored products to meet market needs, eventually reducing production costs by an estimated 10-20%,

Kuo explained. Under this design, the iPhone’s touch sensor would be embedded within the display, removing then need for a separate touch sensor layer. The new iPhone is expected to be released in the third quarter of 2012. Will Apple drop the numbering system for its smartphone too? That remains to be seen.