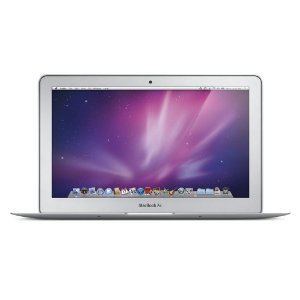 Experts have argued for quite some time that the end of the line if near for optical drives. CDs and DVDs have served their purposes. They worked great 5 years ago. They are too slow to keep up these days. Besides, they are not exactly battery friendly on laptops. Apple Macbook Air is still one expensive tiny laptop. But it could signal the beginning of the end for optical drives. Macbook Air has flash storage too. Apple sees no need to treat its customers with clunky parts such as hard and optical drives.

Macbook Air never had an optical drive to begin with. Users had to use DVD sharing to install new programs on their device. That is still very much the case with new Macbooks. But at least Air owners won’t have use CDs and DVDs to restore their laptops to its initial state, thanks to Software Reinstall Drive. It is a solid state re-installation drive that attaches to Macbook’s USB ports to get the job done.

Apple Macbook Air is still a bit too pricey for what it does. While it will have its fans, many Apple fans will most likely go for an iPad instead. Steve Jobs has claimed this Macbook Air to be the future of laptops. The design is impeccable. Its keyboard and multi-touch trackpad are nice too. Nevertheless, it can easily be argued that the iPad, and not Macbook Air, is the future.