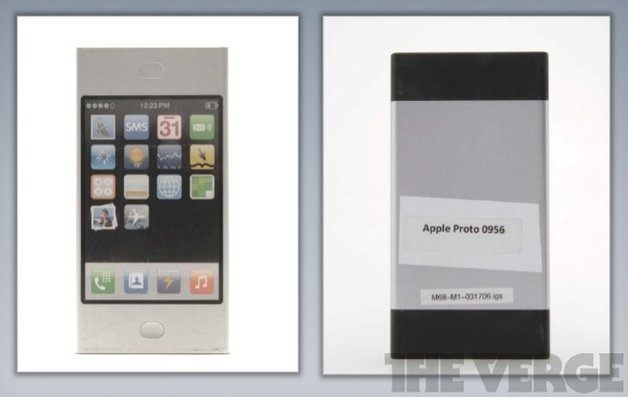 Most of us are tired of all the lawsuits that are going on in the smartphone industry. But the Apple/Samsung trial has not been a total waste of time. In fact, we have learned a lot about some of the early ideas Apple had to dominate this business. Many iDevice prototypes have surfaced during the trial. The recent testimony of Christopher Stringer suggests that Apple developed hundreds of different models throughout the design process before settling on the main iPhone design.

During his testimony, Christopher showed dozens of rejected iPhone and iPad designs. Some of the photos have already been leaked (many of which were published by the Verge). Some of the designs do seem un-Apple like which explains why they were rejected in the first place. For instance, “Apple Proto 87” with its flat black metallic look seems more like a Sony device.

This is a major dust-up between Apple and Samsung so the gloves are off. Apple could score a huge victory by winning this case. Samsung is not sitting idle either. The company has upset the judge in the case by releasing trial evidence that had been blocked from officially submitting to the ongoing patent war. Samsung’s main goal is to show it has not copied iPhone’s design (when it comes to Samsung F700 and other devices).

The Judge’s exclusion of evidence on independent creation meant that even though Apple was allowed to inaccurately argue to the jury that the F700 was an iPhone copy, Samsung was not allowed to tell the jury the full story and show the pre-iPhone design for that and other phones that were in development at Samsung in 2006, before the iPhone

Judge Lucy Koh is not happy with the stunt at this point. Samsung could be sanctioned for the move. But details are not clear. This is one of those cases that neither company can really afford to lose. It is far from over though.