For months people have been asking questions about why Apple did not introduce FM radio on iPhone. After all, if Microsoft Zune can support FM radio so can Apple mp3 players and smart-phones. It seems the wait is going to be finally over as Apple is planning to activate the hidden feature through a radio application for iPhone. That’s right. This feature seems to be available on current models. Except, Apple did not feel like activating until now.  9to5 Mac has the story:

We’ve just received a tip that an iPhone radio.app is being developed in-house by Apple for use on the iPhone and iPod touch.  From what we know, the app will be allowed to operate in the background like iPod.app and will offer the same functionality as the FM radio in the new iPod Nanos.

Our sources can’t deny or confirm this latest rumor, but it’s not an earth shattering development. Microsoft Zune came with FM Radio functionality since the very start, so it was only a matter of time before Apple realized that some people still listen to their radio. Considering that companies such as Sirius introduced their satellite radio apps for iPhone, having access to free radio on iPhone or iPod Touch would be a plus. 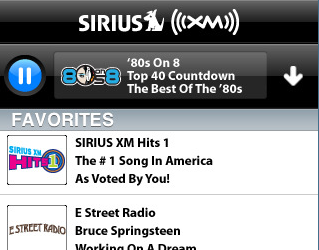 If Apple is to introduce such as App, it will most certainly support in-app purchase functionality so you can buy the music that you hear on your iPhone radio. 9to5 Mac claims that’s what is holding up Apple, but it’s hard to believe that Apple failed to plan ahead when it decided to hide radio functionality on your iPhone. If the rumors are true, I expect Apple to conveniently figure everything out just before the holiday shopping rush. While having FM radio on iPod Touch or iPhone is not earth shattering, it’s enough to give people more reasons to pick up one.

Your take: would you want FM radio on your iPhone?