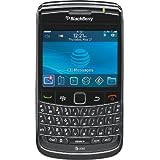 It seems AT&T has not yet coped with Verizon’s ads attacking AT&T’s quality of service. AT&T has responded with its own ads, but anyone who has tried both networks can tell you that the quality of service on Verizon is much better than what you get currently on your iPhone. That’s why iPhone on Verizon sounds exciting (whether it happens or not is another story). AT&T has decided to address some of its customers’ concerns by coming after… wait for it… its customers.

AT&T is failing to address its short-comings when it comes to its quality of service. So it does make sense to go after customers who are putting too much burden on AT&T’s network. According to AT&T, 3% of its customers are responsible for 40% of  data load on its network. The company should have known that iPhone is not your everyday phone. We did get MMS later than the company promised its customers. We are still waiting for tethering to happen. And more data intensive applications are on their way. The solution? New pricing plan that punishes customers who put too much pressure on AT&T’s network.

This approach seems very similar to the one adopted by broadband cable companies. Those companies do come after bandwidth hogs as well. So it’s not all that surprising for AT&T to adopt such a strategy. It’d be interesting to see how the new plan looks like. Is it going to punish data hogs only or will it punish everyone in some ways? That’s tough to say. But I actually agree with this solution. Three should be a difference between those who don’t use their phone much and customers who are using data intensive apps on their phones on a consistent basis. Maybe AT&T should introduce a new class of unlimited plans and force data hogs into those plans. Let’s hope AT&T doesn’t decide to get greedy and squeeze more money out of all its customers. If these penalties help improve the QoS, I am all for it. How about you?

Trending iPhone & iPad compatible gadgets:
*Our articles may contain aff links. As an Amazon Associate we earn from qualifying purchases. Please read our disclaimer on how we fund this site.

We are well into the holiday shopping season. Black Friday may be behind us, but there are plenty of sales...