Who would have thought just a year ago that we’d be closer to getting our hands on white iPads rather than white iPhones. Apple still has not managed to bring white iPhones to the market. But if the rumors are right, we could see a white iPad released to the market in the next few days. An iPad digitizer part found on iFixyouri suggests that iPad 2 could indeed come in multiple colors (see below image) 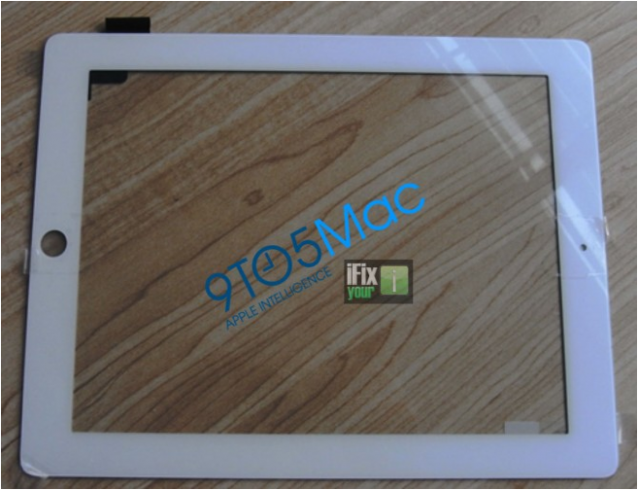 Everyone expects iPad 2 to come with a front-facing camera for FaceTime. The small circular cutout at the top of the above image clearly suggests that is the case. Considering that most of Apple’s competitors are planning to bring webcam capable tablets to the market, Apple just does not have the time to postpone this feature.

We may be only a few days from iPad 2’s event at Apple headquarters. But the company has done a decent job of putting a lid on any major leaks on iPad 2. The device is expected to be lighter and faster. According to 9to5, it could have a slightly taller, narrower display. Some experts have suggested that Apple will go for broke by dropping iPad prices by as much as $100. Apple already has put a huge amount of pressure on its competitors with its pricing strategy. Such a move would strengthen Apple’s hand further. While a nice rumor, we don’t expect that to happen anytime soon.