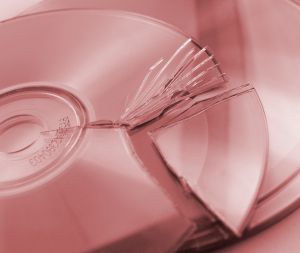 For some reason, Apple products are considered to be completely safe and secure against malware and security attacks by some consumers. That can not be further from the truth. Just because Mac products face less issues than Windows machines, it does not mean they can’t be targets for cyber attacks. According to McAfee’s predictions for 2011, iPhone, iPad, and Mac computer users can face more malware and cyber issues in 2011. So far, hackers and crackers have spent most of their time on other popular platforms and services such as Windows and Facebook. Now that Apple is making big gains in the smart-phone business, it is only a matter of time before the iOS platform becomes a major target for criminals.

explained Vincent Weafer, senior vice president of McAfee Labs. There will be nothing personal about these attacks. Apple has just put big bulls eye on its platforms by achieving as much success as it has in the mobile world in the past couple of years. McAfee claims that sites such as Facebook and Twitter can become a target for hack attacks as well. Apps will always face threats as they are here to stay. Unfortunately, neither iOS nor Android are 100% bulletproof platforms.

The threats landscape has changed considerably in the past year. McAfee Labs has seen marked increases in malware sophistication and targeting as well as a continued increase in the overall volume of daily malware threats. We have also begun to see some very significant changes in the types of threats that aim at Apple iPhones and other mobile devices. But there is good news, too, primarily a significant decrease in the daily amounts of email spam we combat,

claims McAfee in its report. There are certain things we all can do to keep our sensitive information safe from hack attacks. For starters, downloading apps from unknown developers (with unknown history) can be quite risky. Carrying super-sensitive information on mobile devices is always a risk too. Perhaps Apple should be even more vigilant towards addressing security issues with its devices in 2011. Cyber-crime is here to stay but it won’t keep iOS from continuing its growth.